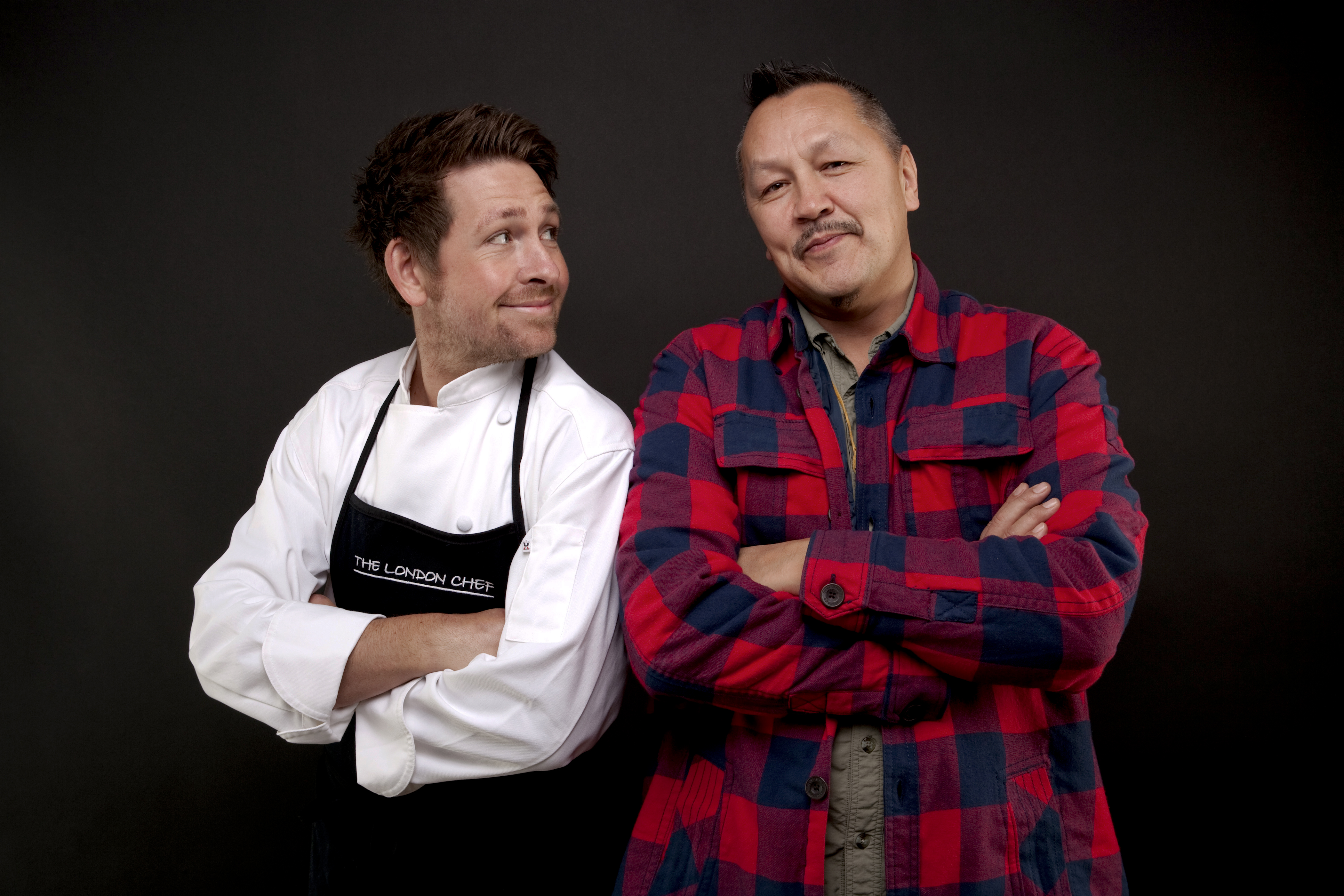 Beaver and the Boys

Art takes Dan to a Northern BC community to hunt beaver; an important part of First Nations cosmology and history. It’s all a culture shock for Dan as he is introduced to some local teachings and rituals.

Our hosts go pheasant shooting in the Lincolnshire countryside and are guests in a large 17th century manor where Art is out of his element. The local gamekeeper explains how shooting transformed the UK landscape.

Art and Dan go deer hunting on a Vancouver Island farm where they have become a pest to local farmers. Art teaches Dan to track and what signs to look for as they build a hunting blind in the rain.

Art and Dan head to a small organic farm, which supplies some of the finest grass-fed beef in Canada. The owners explain how their former vegetarian values blend comfortably with their style of animal husbandry.

This episode starts out at the Pink Mountain Lodge where Dan is amazed to learn of a unique herd of bison that inhabit BC’s Northern Rockies. They head to the backcountry in ATV’s where we witness a successful, and very real bison harvest.

Art and Dan explore British countryside pub culture and all of the culinary delights of UK’s Somerset region from pork sausages and cider to stranger fare like spotted dick and toad-in-the-hole.

Dan and Art learn how to catch salmon in a secluded spot on the Sooke River. They find out that this traditional Salish technique takes all of the patience they can muster.

Dan takes Art on a journey to his London roots and to his early days under the tutelage of his master chef at an upscale French restaurant in the heart of Chelsea.

Art takes Dan to BC’s Northern Rockies to hunt moose; the iconic Canadian symbol and staple of many First Nations for countless generations.

Dan takes Art to the English county of Devon to stay at a refurbished medieval farm and partake in the region’s culinary gifts…lamb and Devon cream.

Art is from the boreal forests of Northern BC and grew up eating wild snowshoe hares. Dan is curious what it’s like to live in the forest and survive off the land.

It’s all about the expensive roe from giant, prehistoric fish as Dan leads Art to the Target Marine Farm on BC’s Sunshine Coast to learn about a sturgeon farm that produces some of Canada’s finest sustainable caviar.

Art and Dan both share the lead in creating a modern version of a West Coast pit cook in the Nuuchanulth community of Estowista near the surfing town of Tofino.

Dan takes Art on an excursion just 20 minutes outside of Victoria BC to get everything they need to make an absolutely exquisite goose lunch. Bon Appétit!

Art takes Dan to the northern end of Vancouver Island in search of black bears. Art showcases one of his favourite meals at a traditional Metis gathering. Micisok!

Dan and Art brave the cold winds and rain to forage another rather surprising source of healthy seafood – there for the taking right on the beach.

Art and Dan visit Pikwakanagan First Nation where they meet an elder who shows them the ropes on his trap line. Even muskrat can be made into a meal that the community will come out for – even if Dan has difficulty eating this one!

In the gorgeous highlands of West Scotland Dan and Art stalk for Roe Deer. And there’s even a Piper on hand to pipe in Dan’s traditional Scottish meal.

A mile high in the Rocky Mountains in the middle of January, Art takes Dan snowshoeing, snowmobiling and for a walk on a lake to go ice fishing for trout.

In the heart of the Oxfordshire countryside, Dan takes Art hunting for a truly menacing invader and predator, the grey squirrel. Art’s somewhat amused by the style of hunting these “wild beasts” – but admits the resulting meal tastes great.

Art and Dan may know that, “The early bird may get the worm.”, but the people in Curve Lake First Nation know that the extremely early hunter gets the turkey.

Even in the heart of Canada’s biggest city, Dan still knows which markets and shops to go to in order to get the freshest of ingredients.

Traveling around the Okanagan Valley, Art shows Dan how to live off the land and still make a mouthwatering elk dish.

With the aid of renowned U.K. wild game chef, Mike Robinson, Dan and Art go searching for the small muntjac deer. But do they really need an old army tank to do the job? Bon Appétit!

Art leads Dan on a search for one of nature’s slower moving creatures, the porcupine. With all that protection it has to be good, right?

The guys return to Victoria, BC, to combine freshly caught seafood with freshly harvested produce. Cheers!